So, you want to know more about how EPIC Fitness + Lifestyle came to be? You've come to the right place.Here is the story of how we became the leader in Functional Movement, Functional Medicine and Functional Food by focusing on the Lifestyle, rather than just Fitness, and how we became known as the place to be if you are looking for a lifestyle overhaul.  Here is our story, which stems from my story.

After helping hundreds of people get in better physical shape over my early years as a Personal Trainer in Ottawa, I realized quickly that even when a client accomplished their physical goal, it did NOT mean that they were completely fulfilled. I noticed that their depression stuck around, their confidence still lacked, there was still something missing.

I've helped many of clients lose between 50-100 lbs, go from amateur athlete to a professional athlete, I've helped cancer patients get healthy again.

When my clients ‍accomplished their goals, I noticed that one of two things always happened.  Either they reached their goal and a few months later were right back to where they started, or their results would stick, but they were not any happier when they accomplished their goal. They were never satisfied. After noticing this trend, I really began to question if I was really making a difference or if I was part of the problem.

Growing up in a military household meant that giving back and being of service to others was something that was ingrained in me.  What I loved about personal training as a career was the impact I made on people's lives.  Don't get me wrong, I know helped a lot of people, b ut, I knew I could do more.

I wanted to give people results that would stand the test of time. I wanted to teach my clients how to take care of themselves. I soon learned that it was much more than teaching them how to do a proper squat. With this in mind, I started going outside of one-dimensional anatomical programming and nutrition teachings. I dove deep into research regarding happiness, sustainable health, longevity and spirituality and what I found was very interesting.

Populations that lived well into their hundreds, populations where illness doesn't exist, where there was no word in their language for "depression", where obesity is unheard of - there were four things that stood out as the main reasons why these populations were so different than us.‍

The research showed that the secret to a happy, EPIC life, was the combination of just four things:

Instead of taking the research's word for it, I began to test the hypothesis on myself. I switched to purely functional movement, dove deep into Holistic Nutrition by going back to school and getting my Registered Holistic Nutrition designation and then...started climbing mountains all over the world. I joined a charity hiking group and climbed my first mountain - Mount Kilimanjaro in 2014.

I also focused on spirituality, opening my mind up to alternative healing techniques while also getting back to MY true nature.

I also started asking the question - who am I? In terms of Self-Care, this was the hardest for me. Being someone that loves people so much, I often put myself last. But, determined to be well, I started diving into the concepts of minimalism as a start. I had to get a handle on my environment and my schedule.

I started judging myself less, I started listening more - to myself to the people around me. I lost inches, I got stronger. Relationships in my life that were toxic and non-supportive melted away.
My clients also started opening up in their lives.  My lifestyle changes were rubbing off on them. 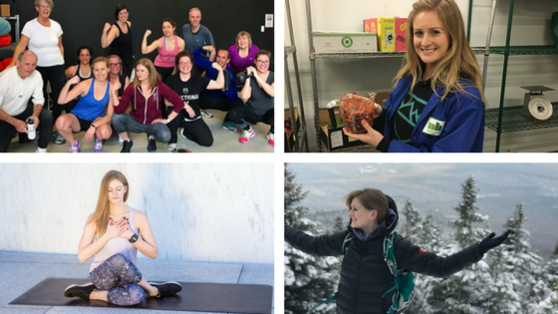 Although we were already 3 years into business, I just couldn't deny what I knew to be true. I turned our logo into a mountain and I founded the four pillars. We became a true holistic health centre focused on helping clients live an EPIC life which really was the secret to helping clients achieve real, sustainable results.
Since 2015 we've hosted at least 36 free community events each year, lead monthly hikes and have an ‍‍ in-house wellness team. I've never looked back!

In 2017 we moved from a 3,000 sq ft location to a full 5,000 sq ft location on Beechwood Ave.  We added a conscious cafe called "Basecamp Cafe" which provides dairy-free, gluten free, high healthy fat and high protein smoothies, salads, bakery items, kombucha, bulletproof coffee and more. Also, we added a group studio for yoga and movement classes and an alternative health-care clinic with massage therapy, energy healing, physiotherapy and more. In 2018 I took the next step and founded The EPIC Life Formula.

Want to know what the next chapter of this story is?

It's you.
Come by, sign up for something EPIC.
Start living your EPIC life with us.

We'll be with you every step of the way leading you to realize the potential that exists within you.

What are you waiting for?!

Join us in the movement of #theEPIClife.
Because you don't deserve an ordinary life, YOU deserve an EPIC Life with results that LAST! 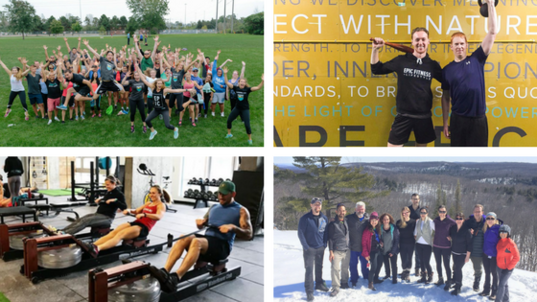 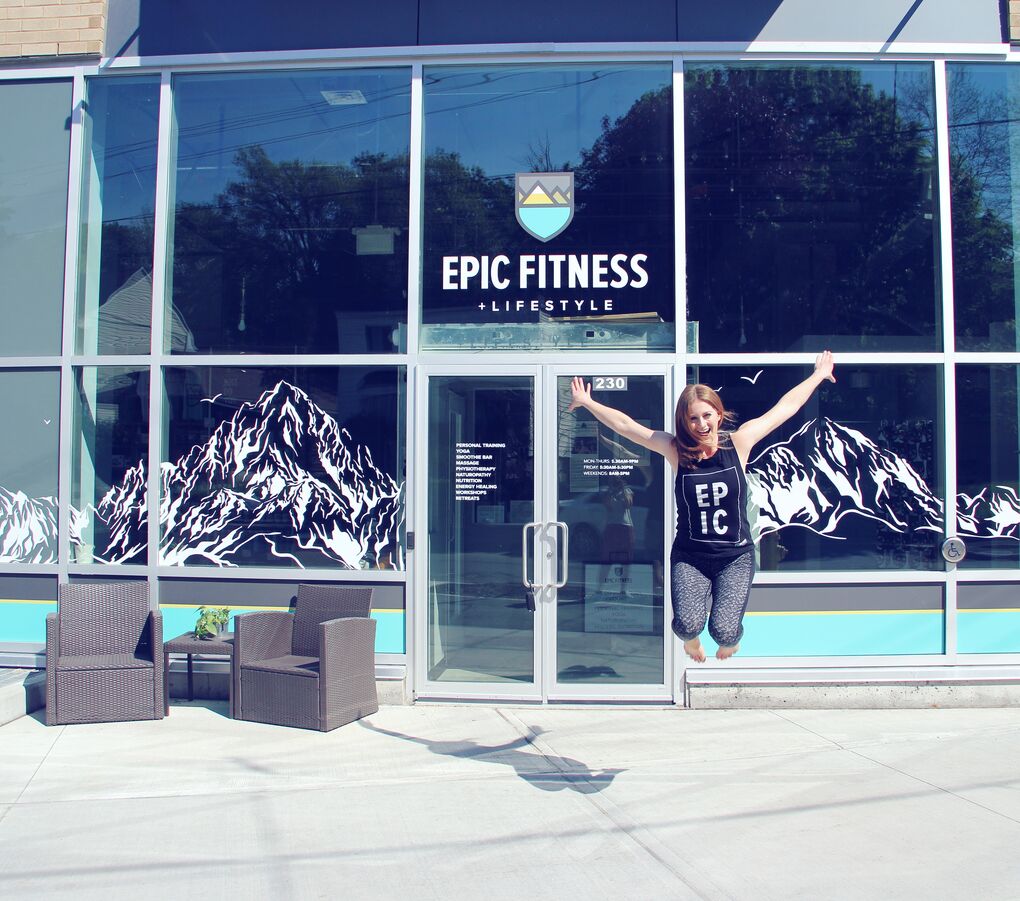 Our Functional Personal Trainers are the leading functional training and movement providers in Canada. Through their deep knowledge of bio-mechanics, psychology, habit formation and lifestyle practices, they will help you take control for your life for the rest of your life. You have never met a more amazing team of personable, knowledgable, caring trainers.

Our practitioners, group instructors and front desk are no exception.

They are passionate about helping you and are committed to demonstrating the life that you want to live. 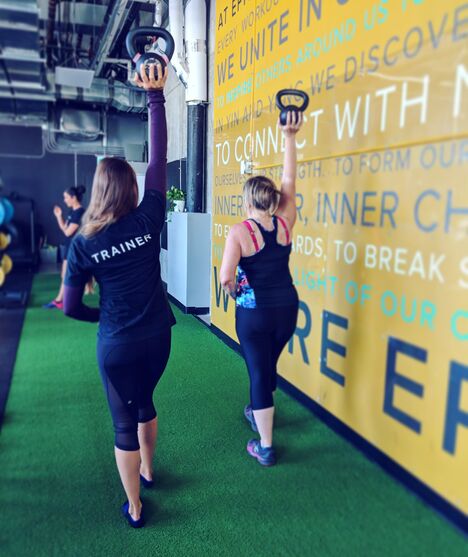 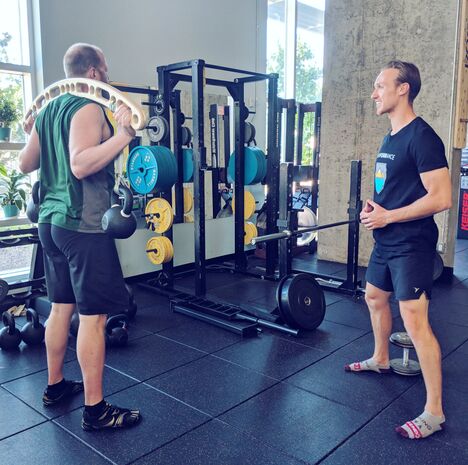 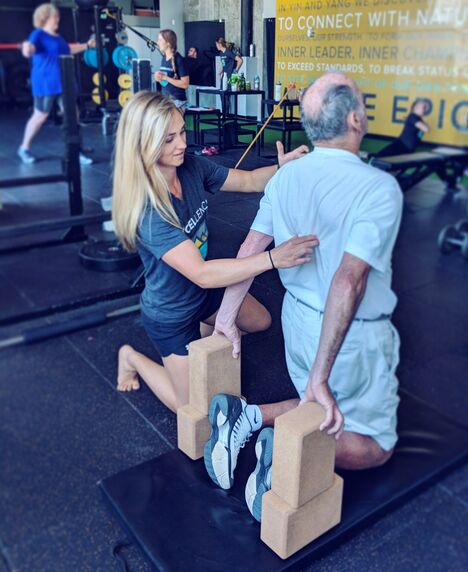